Monkeypox raising concerns in India: All you need to know 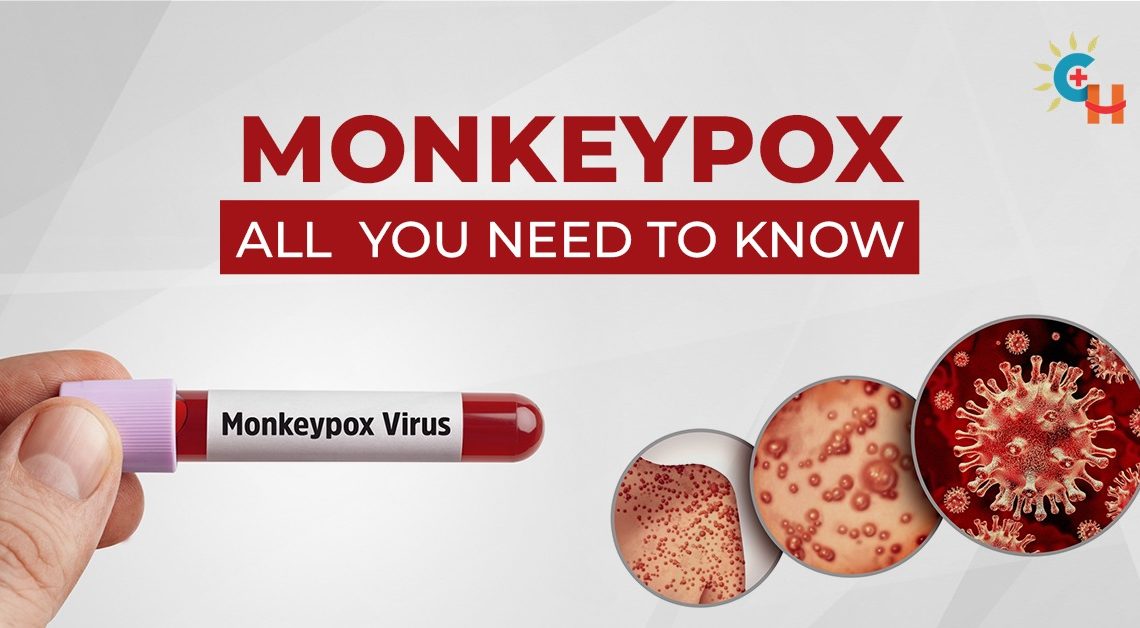 Monkeypox raising concerns in India: All you need to know

According to The World Health Organization (WHO), 80 cases of monkeypox have been detected in 11 countries. The WHO is working to determine the scope and cause of the recent outbreak. An important to consider is that no cases of monkeypox have been reported in India, the issue is being closely monitored by states and the central government. However, the Mumbai civic authority, on the other hand, issued a health advisory on Monday (May 23), stating a special 28-bed unit is being prepared at the Kasturba Hospital for the isolation of suspected patients.

The WHO stated on Friday that the virus is prevalent in some animals and species in several nations, causing outbreaks among locals and tourists. The World Health Organization and its affiliates are attempting better to understand the scope and source of this outbreak. According to the Business Standards, ‘the virus is endemic in some animal populations in several countries, resulting in outbreaks among locals and visitors.’

What are the Symptoms of Monkeypox?

Here are some common symptoms of monkeypox:

The rash appears typically one to three days after the fever has started. Lesions can be flat or slightly elevated, filled with clear or yellowish fluid, crusted, dried up, and eventually fall off. A person’s number of lesions might range from a few hundred to several thousand. The rash mostly affects the face, palms of the hands, and soles of the feet. They also appear on the lips, genitals, and eyes.

Symptoms usually last two to four weeks and disappear on their own without any treatment or medication. Monkeypox has a 7-14 day disease period (the time between infection and onset of symptoms), however, it can range from anywhere between 5 and 21 days. Consult your doctor if you think you have symptoms that could be caused by monkeypox. Contact them if you have had close contact with someone who has been diagnosed with monkeypox as soon as possible.

Can People Die from Monkeypox?

Monkeypox can cause death. Monkeypox symptoms usually go away on their own after a few weeks, but they might cause medical issues and in some cases, it can result in death. Monkeypox can cause more serious symptoms and death in newborns, children, and adults with preexisting immune weaknesses. In recent years, 3–6% of reported cases in endemic nations have led to the patient’s death, most often in youngsters or people with underlying health problems.

What is the Status of Monkeypox in India?

In India, no similar case has been reported yet. The pandemic leads in the third phase of its occurrence, and the WHO has already reported an outbreak of a new virus in the form of monkeypox. On the safe side, no cases of the monkeypox virus have been reported in India as of now. The virus is gradually increasing and spreading in other countries and the WHO is working with the countries impacted to provide guidelines on how to treat the infection. We must pay attention to our hygiene, immunity, sleep, and hydration until then. Furthermore, we must adhere to all Covid-19 precautions, including social distancing, hand washing, and masking.

Who are at Risk?

Anyone who comes into direct physical contact with someone who has monkeypox symptoms or with an infected animal is at the greatest risk of contracting the disease. Smallpox vaccine patients are likely to have some protection against monkeypox infection. Younger people, on the other hand, are more at risk as they were not vaccinated against smallpox because smallpox immunization was discontinued worldwide when the illness was declared eliminated in 1980. Even though persons who have had their smallpox vaccine will be protected against monkeypox, they must still take steps to protect themselves and others.

What are the necessary measures taken by the Government of India to prevent the spread of the Disease?

As per the latest government guidelines to stop the spread of monkeypox, identification of sick passengers at airports, lab tests, symptoms, preventive, surveillance tactics, hospital reporting, and community awareness will all be addressed properly. The government of India is spreading awareness and cautions in correspondence with the outbreak of this new disease. The Ministry of Health and the International Centre for Molecular Research are developing guidelines for monkeypox treatment, prevention, community awareness, signs and symptoms of monkeypox, isolation of sick patients returning from monkeypox-affected countries, surveillance strategy at airports and sea ports, hospital infection control measures if any suspected cases have been reported, and many other preventive measures.

Priya Abraham, director of the National Institute of Virology said, “People who appear with specified symptoms must be treated with scepticism at health facilities. All suspected patients must be quarantined in authorised medical institutions until the lesions recede and they are considered suitable to be released. These patients must be reported to the IDSP’s District Surveillance Officer. In addition, all infection control recommendations must be followed. If clinical suspicion exists, clinical samples such as vesicular fluid, blood, sputum, nasopharyngeal, and oropharyngeal specimens must be forwarded to ICMR-NIV, Pune.”

There is currently no safe and effective treatment for monkeypox. Depending on the symptoms, the WHO suggests supportive care and precautions. In such case it becomes critical to raise awareness in order to prevent and control infection.

Monkeypox is the new threat after the outbreak of Coronavirus. Monkeypox cases around the world, according to public health experts, could pose an additional threat in these times. However, India must keep a close eye on the global situation, and there is no reason to panic just yet.