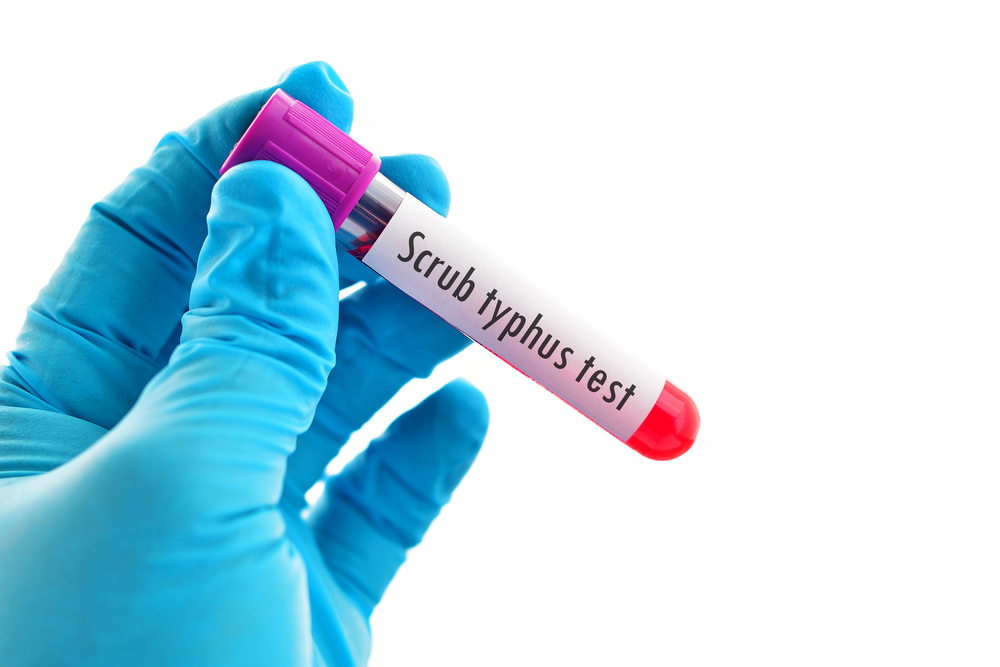 Everything you need to know about Scrub Typhus

Scrub Typhus, often known as bush typhus, is a bacterial disease. It is a Rickettsial infection caused by a bacteria called Orientia tsutsugamushi. As a vector-borne illness, it has been previously reported in India and other South Asian countries. Scrub typhus is transmitted to humans via infected chigger bites (larval mites). The mite only feeds on warm-blooded animals’ serum during its development cycle. The results of which are visible bite marks on the groin, armpits, genitalia, and neck are common as a result of the attack. Symptoms like – fever, headache, body aches, and rash, are commonly noticed in patients.

Scrub Typhus is an emerging threat in India. In the last month, numerous cases of scrub typhus were reported in cities of Uttar Pradesh. The first case was reported in Firozabad (UP), and then the disease started spreading in cities like – Agra, Mathura, Mainpuri, Etah, and Kasganj. According to TWC India, many people are preparing to vacate their houses and move to a different city to escape the panic that emerges with the disease.

Here we address a few questions about Scrub Typhus – its causes, diagnoses, and treatment.

What are the symptoms of Scrub Typhus?

Symptoms of scrub typhus typically begin within ten days of a bite from mites. Its symptoms are similar to that of many other vector-borne or rickettsial diseases. The signs and symptoms may include:

Some patients experience joint pains, which is a symptom of chikungunya. The infection can cause breathing difficulties, brain and lung disease, kidney failure, and subsequently multi-organ failure, which can lead to death. Organ failure and bleeding are common in people with serious illnesses, and if left untreated, they can be fatal.

As the early symptoms are not disease-specific, the diagnosis can be difficult. Generally, the disease is revealed through a blood test. There is no vaccine yet for this bacterial disease. Hence, antibiotic doxycycline is generally prescribed to the patients.

Scrub typhus has symptoms that are similar to those of many other diseases and infections. If you get the symptoms indicated above after spending time in an area where scrub typhus is present and is found in other people, you should necessarily consult a doctor.

If you’ve recently travelled, let your healthcare professional know where you went and when. Give then a detailed description of your travel history. This will help in a clear and early diagnosis of the disease.

What are the treatments for the disease?

There is no vaccine or any proper treatment available for this illness. However, antibiotics could be given to the patient for the treatment. Scrub typhus should be treated with the antibiotic doxycycline. Doxycycline can be used or given to a patient of any age. Antibiotics are most effective and give the best results if given at the early stages of the disease (as soon as the symptoms begin. Those who are treated with doxycycline recover quickly.

What preventive measures should be taken against Scrub Typhus?

Things to keep in mind:

To combat this situation, the government has ordered to cut bushes on a regular basis to prevent chigger development in the areas. Immediate actions are taken to prevent further growth of chiggers. Patients appear to have received the medications they sought. The government is still devising strategies to curb the spread of the disease.

After COVID-19, the emergence of scrub typhus should be addressed properly. The disease has not yet spread widely but there are chances of plague in the nearby areas. Government orders should be followed properly and utmost care should be taken in order to prevent the infection. Use insect repellant and wear full clothes for firsthand prevention of the infection. Besides, follow the government’s guidelines. Make sure to seek treatment immediately if you experience any of the above-listed symptoms.